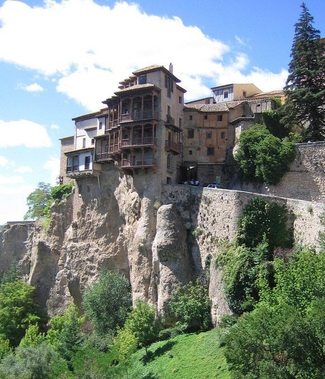 Writing about a Spanish city: Cuenca

I would like to write about Cuenca briefly. Cuenca is a medieval fortified city which was built by the Moors and it was declared World Heritage Site by Unesco in 1996. Cuenca is located on a high unconquerable hill and it is surrounded by two rivers: the Júcar and Huécar rivers. However, it was conquered by the Castilians in the 12th century.

We can admire many buildings built during different periods, such as Spain’s first Gothic cathedral whose towers were not finished; the convent of Las Petras; the Town Hall, which is a building from the 18th century; or the Tower of Mangana, that is an emblematic structure built in the 16th century. The Casas Colgadas (Hanging Houses) are the most emblematic and well known buildings though. This rich collection of religious and civil architectures are dated from the 12th to the 18th centuries.

No sooner do you see the typical houses in the San Martín Quarter than you think of skyscrapers as if you were in a city in the United States, because of their verticality when you see them from the Huécar river gorge.

Besides, you can visit some museums. One of them, the Museo de Arte Abstracto, is situated in the Casas Colgadas where you can admire Fernando Zobel’s personal collection of Spanish abstract art.

If you come to Cuenca, you cannot forget to discover the 'Eye of Mordor', a painting done on a rock in one of Júcar river banks.
​
To sum up, Cuenca is considered to be one of the most beautiful and well-preserved medieval fortified cities. 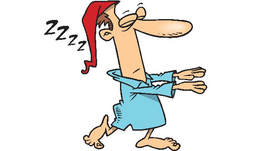 An anecdote of my childhood

When I was a child, all my family, which was composed by my father, my mother, my elder brother and me, would go to the countryside every Sunday. My mother and I loved to look for all of kinds of wild plants, such as asparagus, Spanish oyster thistles, fennels, thyme, etc.

One Sunday in March 1980, when I was ten, we all went to a different place. We were going up and down mountains all morning. Then, while my mother finished getting lunch ready, which she had cooked the day before, I went up a hill, where the level was higher to see the amazing scenery. I was singing one of my favourite bands' songs, called 'Mi amigo Félix', because this man, Félix Rodríguez de la Fuente, had died some days before that month, when, suddenly, I felt an insect on my head, which had tangled in my hair. I started hitting my head with both hands and screaming in panic. No sooner did my father hear me than he ran towards me and tried to free the bee, it was too late though. I had already been stung by the bee! At that time, I started having a terrible headache. Later, as soon as we got home, I had a tablet with a sandwich and a glass of milk and I went to bed.

​The next morning, my father told me I had talked to him and had eaten his muffin the night before, to which I replied: 'Dad, that's impossible, you're wrong, I was sleeping all night.' But he told me he was not wrong. The truth is that since that night I became a sleepwalker.

What hobbies do you enjoy doing?

In my free time, I like doing different activities depending on the season or whether the weather is fine. On the one hand, if the climate is sunny, I like going for a walk with my husband, because we can talk about different issues such as our jobs, our children or how we feel. Besides nobody bothers us. Some winter Sundays, my children, my husband and I go walking in the mountains. We take our rucksacks with some sandwiches, water, crisps and some sweets and we walk some kilometres. We have a great time together. In summer, we prefer to go to the beach to sunbathe and swim in the sea.

On the other hand, if the climate is not good, we like playing board games such as ludo, taboo, etc. Also we play video games together and we have fun and laugh a lot.

We like doing some sports, that is why no sooner is the sun shining than we play football, tennis or table tennis.

If I had more free time, I would like to learn other languages and visit different countries to practise languages I know.
​
​© 2012 ClasesAennar. Todos los derechos reservados.
Con tecnología de